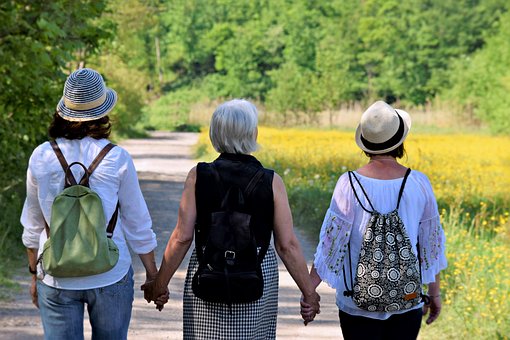 Articles in newspapers and magazine, including AARP, TV programs, many featuring health experts, and even doctors now all agree that loneliness can cut our live short. But advice how to overcome it varies.  One idea, however,  keeps popping up again and again:

“You must make new friends!” Not impossible but easier said than done. Yes, I am out there meeting new people but they don’t always turn into friends. And if they do we have little history together and making history  takes time (and  how much time do I have?)

So when the other day I was cleaning out a desk drawer I saw an old address book. I opened it slowly and started reading the names – oh, there was Janine’s name – I remember her as a fun person always ready for a joke. And there is Peter’s name – did he ever get  married to the girl he was dating? After thinking and wondering for a while I told myself to stop wondering and to pick up the phone and dial the number I still had – surprise  – it worked-and many other worked too. And if you wonder how to start a conversation after 5-10-15 years, my opening is,  “This is a voice from the  past, this is Brigitte.'” Silence – but not for long,  “Oh, really  what a surprise – how have you been? How nice to hear from you….” and so on and so on.

One of my here is a voice from the past calls was to a couple who had attended my son’s wedding 20 years ago . It took us close to an hour to catch up a little, a promise to meet soon and not to lose touch again was confirmed by exchanging emails.

I have other examples, but I don’t want to bore you with my friends. I am sure  you have an old address book too! Reading through it is a nice way to walk down memory lane and to bring back the past – now being older the past is something we need more than ever.

And it might only be  a phone call away – make that call and say ‘here is a voice from the past!’

And Never forget – A smile Changes Everything! 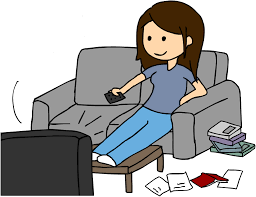 When my husband died I don’t know how I would have made it through the days without  television. There was  the news, the latest events from around the world, movies, ads, game shows but I heard none of it. It was only background noise, a noise I needed desperately  to fill the new and terrible silence around me.

Through the following months, and now years, the TV is still on most of the time, but most of the time it is muted. When I move around in my apartment the images flashing by still give me the feeling of –  maybe – somebody is there with me?

According to statistics of Television viewership I am not alone. Television is a companion for a lot of retired, older people. Maybe it is for the same reason, not to feel alone, to be up-to-date, connected to the world allowing us  to know at every moment, instantly, what is happening  anywhere  in the world. But do we really need to know? Does it improve our life?

Having admitted to be a television junkie, I would like to share an experience that is slowly weaning me off my dependency – and it feels good.  Since a few months I am spending a week a month in a place where there is no television – yes, no television – or even WiFi.  All I have is my phone which let’s me get emails and phone calls. The first two days I am there I am miss the news. The third day it doesn’t matter, after all what could I do about it? And at the end of the week I know that the world turns and goes on without me.

A very freeing, appeasing experience, which has replaced the mute button to be the off button. It has also taken away the numbness I had developed seeing the world’s misery over and over, leaving me more aware of the world around me.

Of course I still watch TV, but much less  and instead of the devastating news of the day I am happy to watch Downton Abbey!

Always Remember – A Smile Changes Everything!

Unless we spend more money or buy a designer label, the quality of clothes on the rack  is dropping further and further – the fabric is cheap, the cut is bad, the construction shotty , seams are uneven and the fit – what is that?  A little too big – a little too tight – not a problem. Unfortunately many  younger customers have never known a well made garment, and therefore, don’t mind if the hem is longer on one side than the other, or very uneven.

I went shopping today in Bloomingdale’s Outlet store here on the Westside. Yes I know it is an outlet, but a Bloomingdale one which have a certain reputation. Yet I could not stop thinking that all these clothes I saw  looked like rags – already worn, second-hand. – Here are some images of the racks displaying their ‘latest arrivals.’

It must be a generation gap on my part which makes me more aware of what I have to look out for and what it takes not too to look like I slept in my dress, or that I am wearing a hand-me-down. Here are a few things to watch out for if you still remember how clothes were made way-back-when:

And Never Forget – A Smile Changes Everything!

Join 1,134 other subscribers
Follow Ready to Live Longer on WordPress.com