Does love and sex have an expiration date?  Certainly not! And the men and women who live into their 90s and beyond prove this again and again.

For example, we read a lot about what is going on in retirement homes – and it’s a lot – or about couples in their 80s getting married. Or how seniors who go-on line to find a new partner after their wife or husband died, which the many over 50 dating sites confirm.

Of course when going on line chances of success might depend on how far away someone is from 70. Being 40 or 50 or 60 might give more choices, but that should not hold one back from trying. A friend of mine just told me that his 90 year old father whose wife died recently went on a dating service site to check things out. 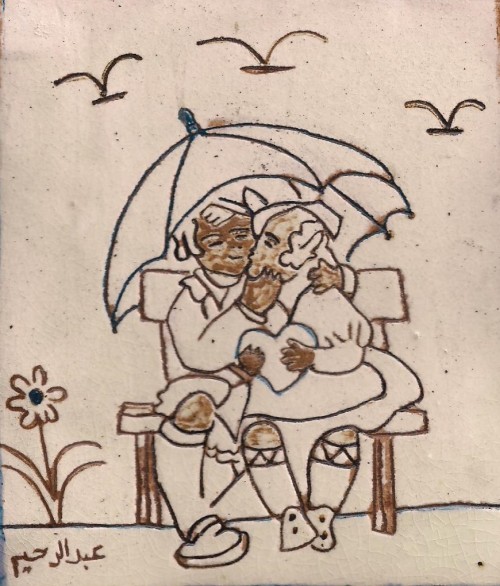 Oh no, please don’t shatter my believe in love and romance by telling me he is only looking for a housekeeper. I am the eternal optimist when it come to love. I think you can be in love at 20 and at 100, or anywhere in between.

Many older women say ‘not for me anymore.’ Do they really say ‘no?’ Or are they afraid of not finding somebody, so they have shelved that part of themselves.

Don’t misunderstand me, I am not saying we should always be on the prowl,  or hang out in bars, but we shouldn’t close the door when somebody comes walking through. And maybe you don’t want to be somebody’s wife again – been there, done that – but wouldn’t it be nice to have a companion to share your thoughts and feelings with? Maybe a friendship with benefits, as it’s called today. (The expression comes from a film by the same name which was released in 2011).

My friend Danielle – no, I won’t tell you her age, but she is no youngster – is  divorced for many years. Then she met James who had recently lost his wife and was lonely.  After a year he asked her to marry him but she said no.

Martin, an acquaintance who is about 40 years old told me, “A man can feel if a woman is available or not. It’s not something she does or says.  I can’t really put my finger on it but I can tell right away when I meet a woman if  she is willing.

Maybe the happiness gurus are right when they say your thought can control your destiny. Could that be why some good looking, attractive women are alone and others – not so  good looking – are with a man? Does their thinking make the difference and not their look?

It might be time to find out by changing how we think and open the door for a little fun, or even a friendship with benefits!!

And never forget – A Smile Changes Everything